When Everyday Life Seems Too Hard…

…take some inspiration from James. 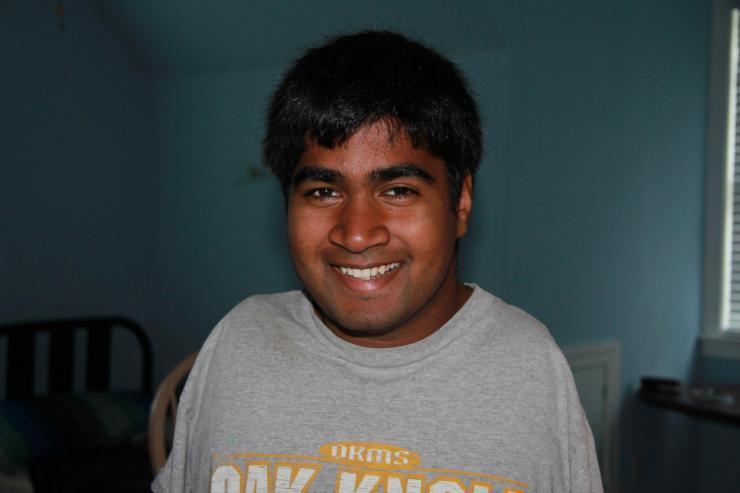 James knows that life is hard.  He was born without arms to a poor house-painter and a seamstress in Bangalore, India. His parents tearfully dropped him off at an orphanage at the age of three months when they saw no way to raise him with their means in their culture.

He spent the first two years of his life fighting for his safety and his daily bread in an Indian orphanage. He was a survivor.

From the day he arrived at our Connecticut home in November 1997, he was a feisty one.  James was a wide-eyed whirlwind in a 2-year-old body. As if to protest our changing his Indian name, Karthik, to James, he began pacing around the house shouting something that sounded like, “Go tee la.  Go tee la.” (We later learned that this phrase in his native Tamil language means, “I don’t know.  I don’t know.”)

There was his interaction with our yellow labrador.  He would follow the dog around, kicking his side and yelling, “Shoo.  Shoo.” (He was taught in India to keep away from the street dogs which carried diseases.)

And there was the time he got impatient with his new dad, Mike.  He wanted Mike’s attention at the dinner table and apparently didn’t get it soon enough.  Next thing we knew, James had picked up a forkful of noodles in his foot and flung it across the table at Mike.

But that’s what survivors do. They try to survive.

At that time, James was still fighting alone.  It was our job, as his parents,  to introduce him to the Advocate who would do the fighting for him.

What we knew and what James needed to know is that:

“My help comes from the LORD, the Maker of heaven and earth.  He will not let your foot slip–He who watches over you will not slumber…

The LORD watches over you–the LORD is your shade at your right hand; the sun will not harm you by day, nor the moon by night.

As James began to rest in the shalom of God’s presence, his countenance began to change.

He wanted to be the first to feed the new foster baby. 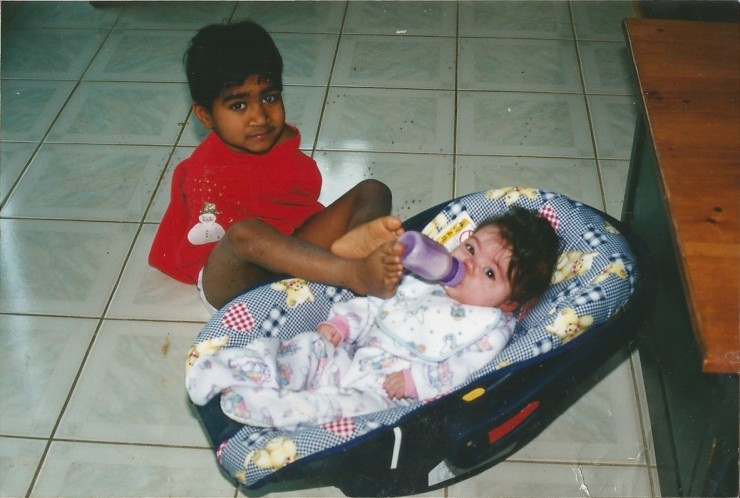 And as he grew in knowledge of this gracious God, he was transformed from the survivor to the overcomer that he is today.

He still likes to care for babies.

And his cooking is to die for.  Whether he’s crushing peanuts for Pad Thai… 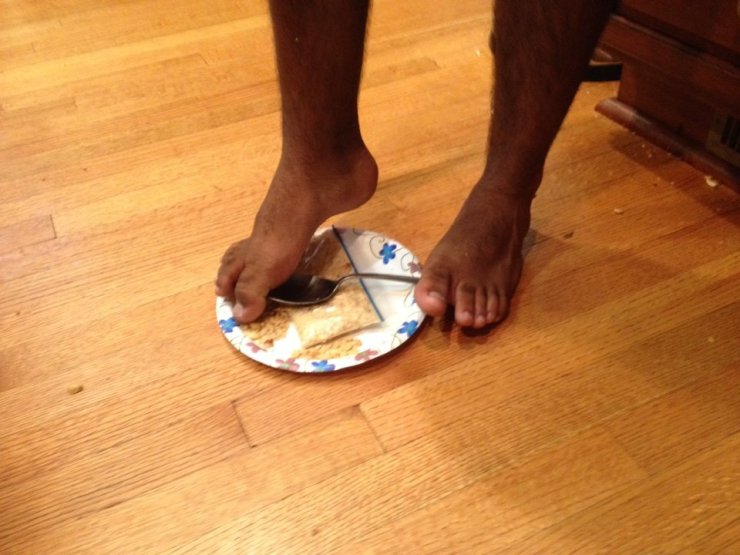 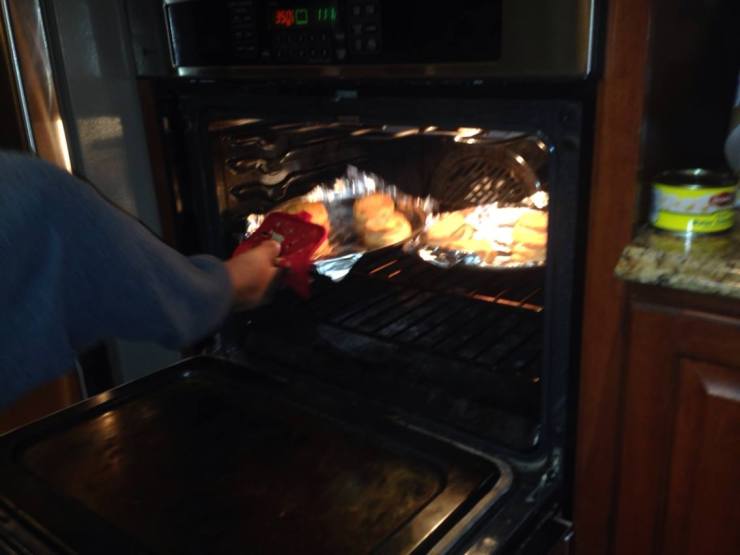 …or frying up the bacon…

He doesn’t despair because he knows to whom he belongs.  He doesn’t say to his God, as the Israelites did,

James would say with the Prophet,

“Do you not know?  Have you not  heard?  The LORD is the everlasting God, the Creator of the ends of the earth.  He will not grow tired and weary, and His understanding no one can fathom.” (Is. 40:28)

“He gives strength to the weary and increases the power of the weak.” (Is 40:29)

“Even youths grow tired and weary, and young men stumble and fall; but those who hope in the LORD will renew their strength.” (Is. 40:20-21) 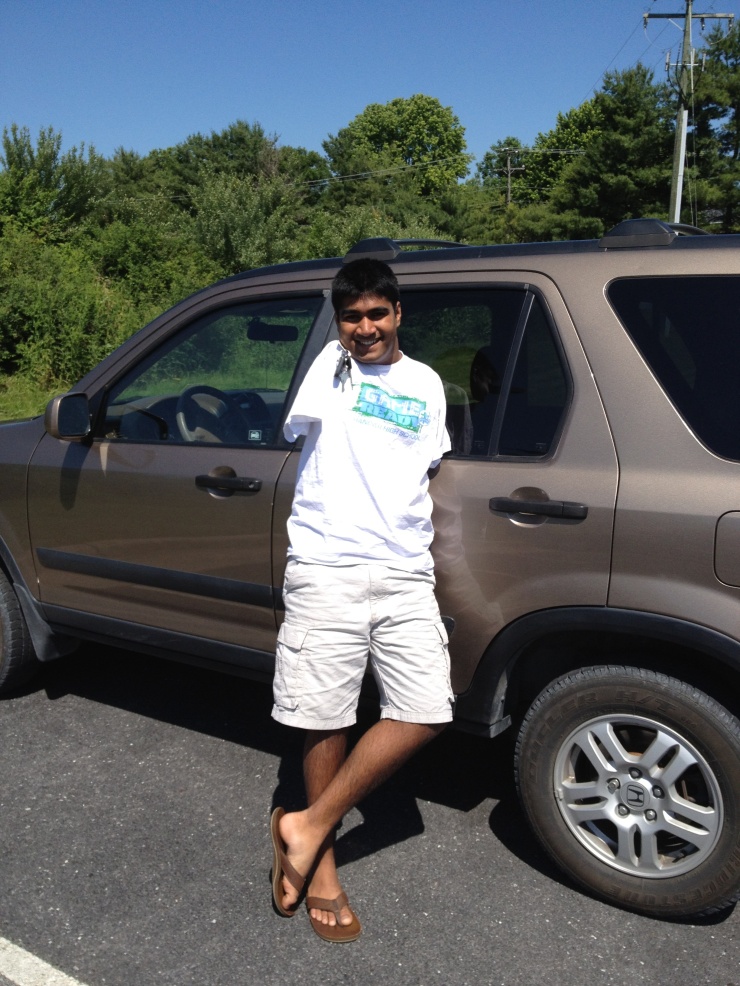 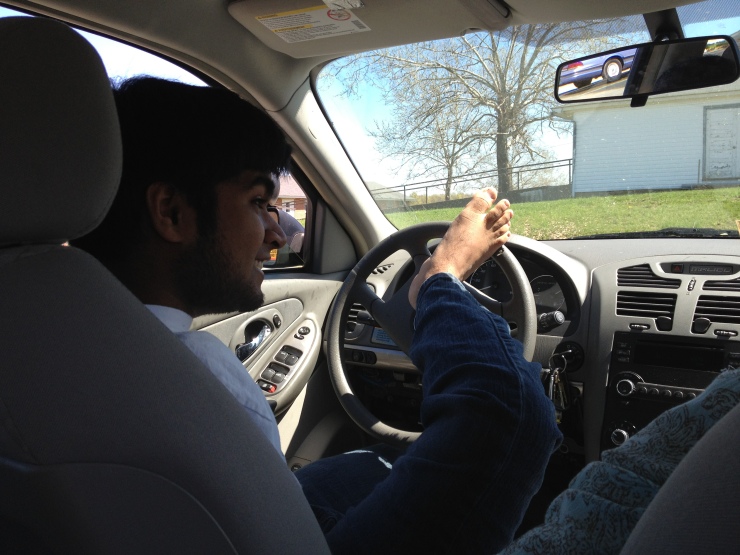 “They will soar on wings like eagles; they will run and not grow weary, they will walk and not be faint.” (Is. 40:31)

Yes, life is hard.  But there is One who has gone before us to make our paths straight.

When you feel like a survivor instead of an overcomer, live these words.

“Trust in the LORD with all heart and lean not on your own understanding; in all your ways acknowledge Him, and He will make your paths straight.”

Sharon & Michael….It has been many years since we have seen you, but Mom & Dad keeps us up on the news of your family. Your testimony of the grace God has bestowed on both of you is amazing. You have certainly been chosen special to take on since a difficult job and become loving parents to all your adopted children and your own also. You live far above all your circumstances with your eyes focused on God and that is what makes your story so wonderful and inspirational to the world. Keep up telling the world of our dear Father in heaven and His wonderful Son, who died for our sins, that we may fit to enter into the gates of heaven, when we are called home. Perhaps we can get to see you all in May 2014 when we head to CT. Love to all of you

So good to hear from you Barbara!

Thank you, Sharon! I loved reading about James. He’s such an inspiration!

What a great article! It is simply amazing all the things he can do with his feet. I love the car washing picture. 🙂 I just discovered your blog through your son George whom I’ve been following on facebook. I first heard of your family through the radio on Family Life Today…I found the program so inspiring that I’ve listened to it a couple times! My husband and I met each other in Ashland, VA and lived there our first 3 1/2 yrs of marriage… I also have a huge heart for adoption and love hearing stories about it from adoptive families to be ready whenever the right time comes. Thanks for sharing your life and family with us!

Hi Rachael: Thanks for introducing yourself. It’s my pleasure to share my life and family. My prayer is that our God-stories will inspire you.

This is so beautiful… George Dennehy, sent me here… he posted a link on Facebook. I am blown away by this, the words… the pictures… the smiles. Loved the last sentence, about when you feel like a survivor instead of an overcomer… accurate verse to go along with it. I am writing this from Chennai in India, sending you loads of good will and love… God bless your beautiful family.

Thank you, Karen. It’s great to see someone reading from India. James will like to hear that.

Love! Thank you for sharing! Your family is precious in every way!

Thanks Mary. your blog is beautiful.

Sage: I see from your blog, we share the same restless faith! God bless.

Love to see how sweet James is making the impossible possible through God. Love to you all!

Thanks Shelly. WE miss seeing you regularly!

Hi Sharon,
I, too, have a daughter who was born without arms, her name is Kayla, and she is 6 years old. Seeing your post brings me so much hope and gives me inspiration. Thank you!
Where do you guys live?
Sandra

Sandra: I’d be happy to help you in any way I can. We live in Virginia. How about you?

As a college junior with mild Cerebral Palsy, I struggle everyday. You definitely hit the nail on the head here – being a survivor. I often feel like I’m just going through things, and it’s excruciating. Thank you so much for this post. I’m both humbled and encouraged. 🙂

It makes me so happy, Jarvis, that my words and experience can bring encouragement to others. That’s why I do what I do.

Sharon, This is beautiful! I appreciate you sharing James’ story. I, too, can relate to bringing home a survivor and watch her blossom into an overcomer!
Blessings,
Delana

It’s a beautiful thing to behold, isn’t it Delana?

Thanks, Julie Anne. I know you remember those early days!

The younger nine are adopted from six different countries

All 14 of us without spouses and babies 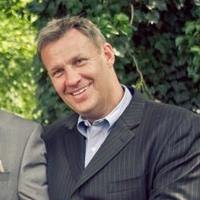 My partner in crime for more than 30 years

Our oldest daughter and her family

Our daughter and Zeke 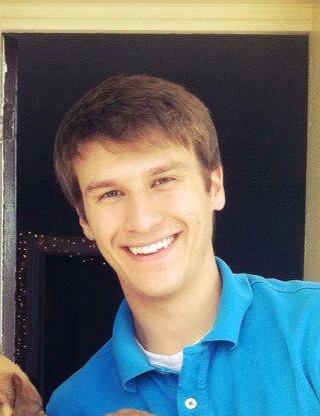 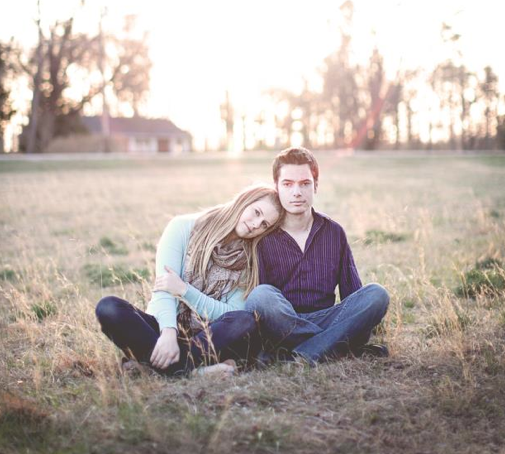 George and his wife 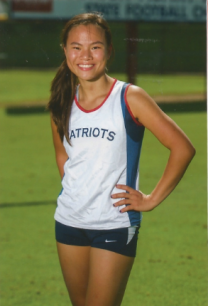 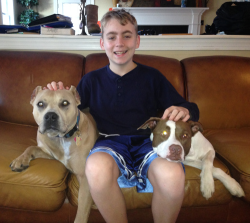